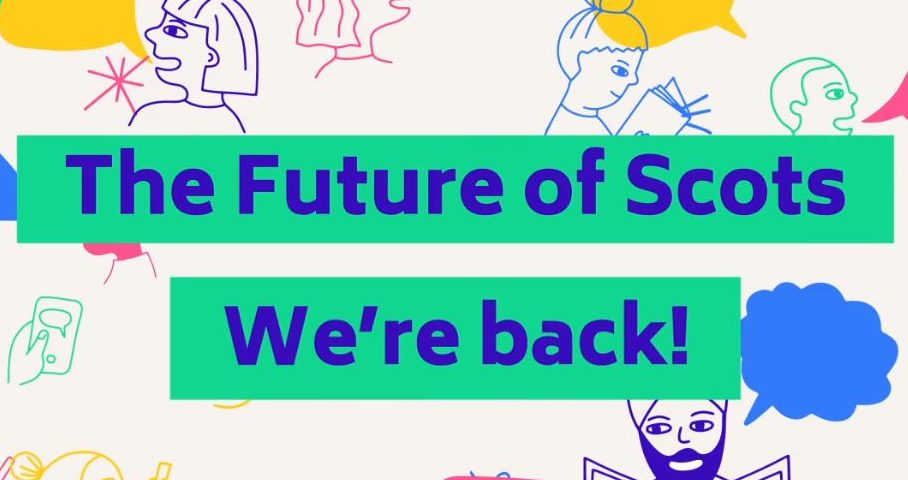 2021 was a tough year, and after the success of the public survey, we had to suspend our operations. But now we’re coming back with an overview of the survey results, updates and forthcoming events, so watch this space!

1619 people took part in the survey, with the majority of responses in Scots and around 30% respondents expanding on their answer in the open comments. The project also collected demographic and linguistic data, for example about the level of skills in Scots. The difference in confidence between receptive (understanding spoken and written texts) and productive skills (speaking and writing) is particularly interesting and symptomatic of the general trends in literacy in Scots.

The survey asked the respondents to mark their answers to five questions on a Lickert scale from ‘Strongly Agree’ to ‘Strongly Disagree’. The graph presents the breakdown of responses per question:

The overwhelming majority of respondents agreed or strongly agreed with the statements put forward , which is not surprising given the self-selecting nature of the survey participants. What is important to note is the sheer number of responses and the engagement with the topic put forward by the project – the future of Scots. The open text comments were particularly illuminating and gave reasons why the respondents chose a particular answer. It was also important to see the rationale behind the neutral and negative responses.

We have discussed the survey results – and the open text comments in particular – at focussed workshops with four groups of stakeholders: teachers, media representatives, creative industries representatives, and policy makers. We’ll post short summaries of the results in our News very soon!

We are also preparing the final project symposium, which will bring together various stakeholders, policy makers, academics, and experts from other minority language backgrounds. The symposium will take place in Glasgow on 3 February 2023 and parts of it will be broadcast as a webinar. Save the date and look out for updates!